I had some exciting photo adventures in 2016, including an amazing trip to Lake Clark National Park, AK and a few vacations to Wyoming. I was focused this year on capturing unique behavior and trying to add to my portfolio of fur-bearers for a presentation that I gave in Jackson Hole this fall to benefit Wyoming Untrapped, which works very hard on trapping reform in Wyoming. I had many outings searching for my favorite subject, the great gray owl, and also had a memorable experience with Panthera's Teton Cougar Project. Scroll down to see which images were my favorites, not just because of the images, but because of what the experience taking them meant to me. 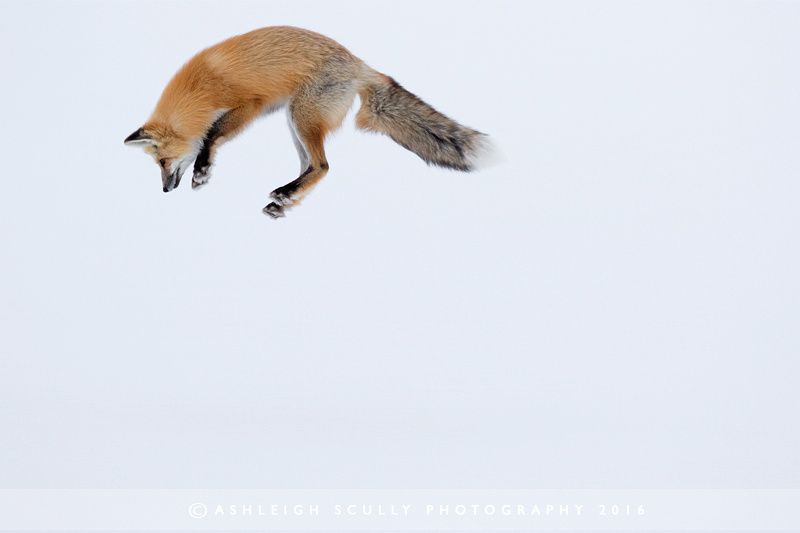 A red fox at the top of its arc, leaping for prey buried deep underneath the frozen snowpack of the Lamar Valley in Yellowstone National Park, WY. 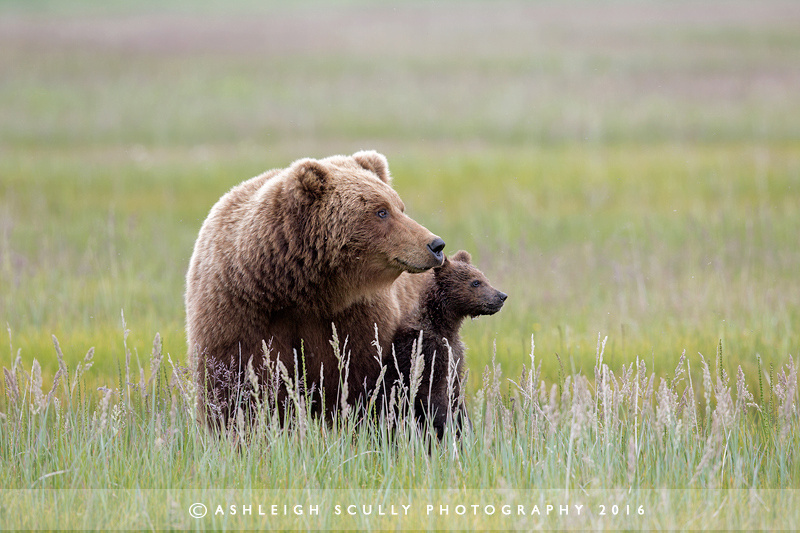 An Alaskan brown bear cub sticks close to its mother in the sedge grass flats of Lake Clark National Park, AK, as hungry male bears roam the forest edges looking for an opportunity.

An american marten snoozes on a pine branch in our backyard near Jackson Hole, WY. I had always looked for martens in and around Yellowstone over the past few winters but only ever found tracks. I could not believe that one was hunting in our yard for a week during this holiday season. 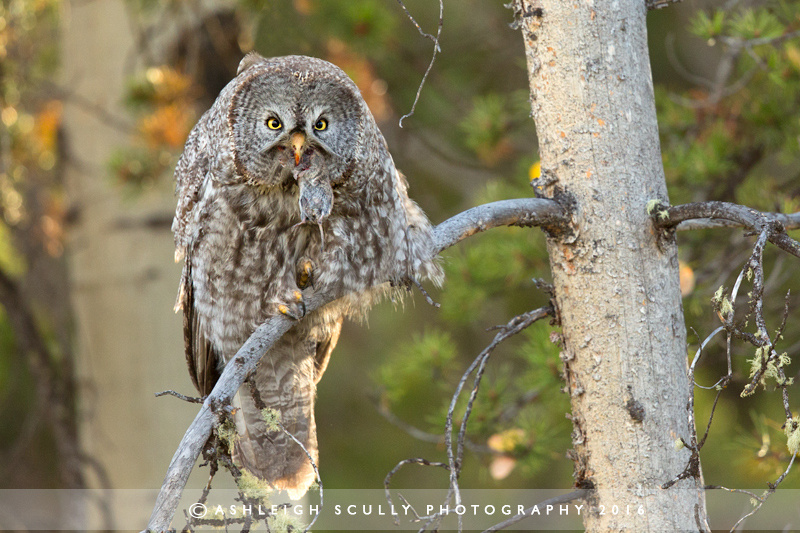 An adult great gray owl gets ready to swallow a meadow vole from a perch near Jackson Hole, WY.

A pair of western coyotes along the edge of the Madison River listen nervously to a disturbance far off in the trees, near a recent elk kill, in Yellowstone National Park, WY. 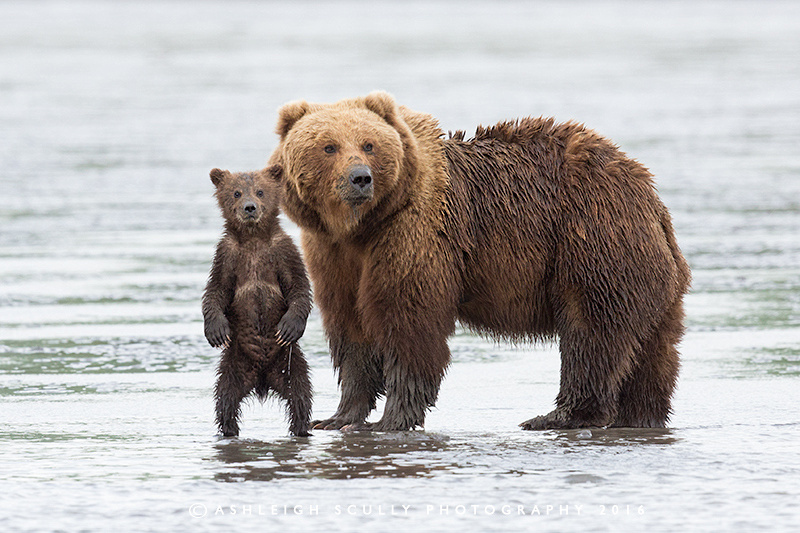 A brown bear spring cub boldly stands its ground near its mother during a break from clamming on the flats of Lake Clark National Park, AK. 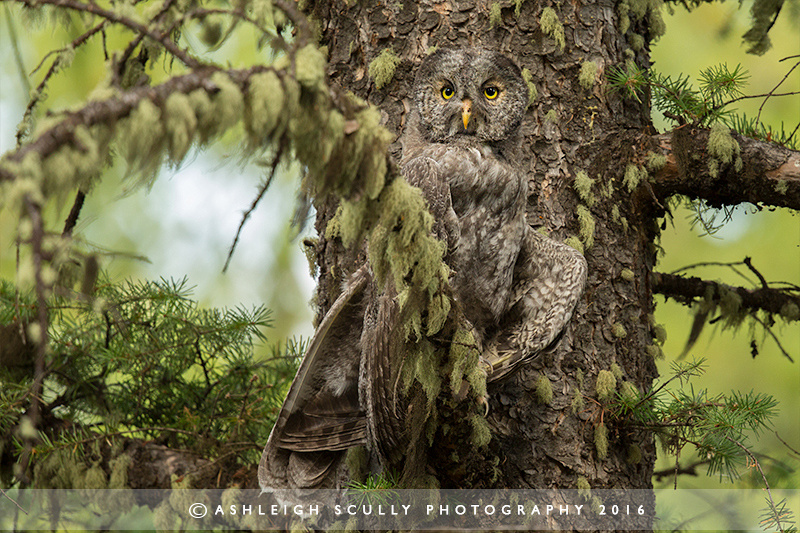 A great gray owlet, recently fledged from its nearby nest, chooses an ideal spot to roost during the most challenging time of its life, when it must learn to hunt for itself and avoid predators, in Grand Teton National Park, WY. 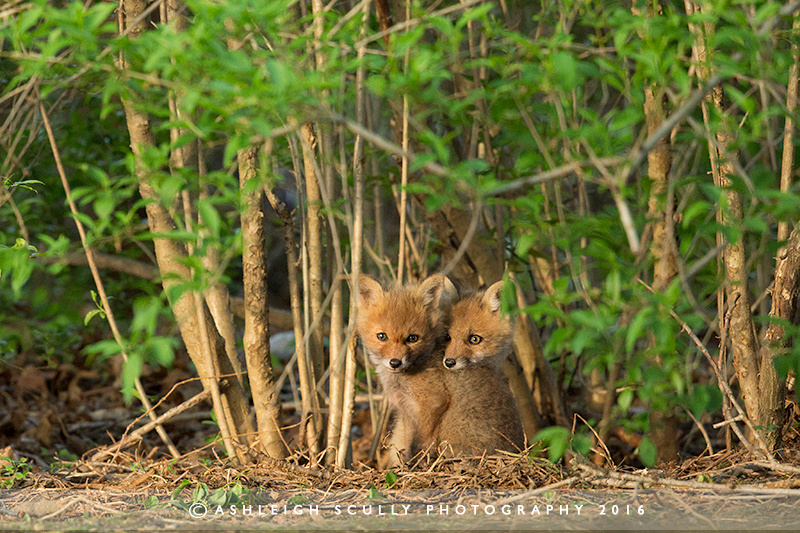 Red fox kit siblings take a break from playing outside of their den site to take in the early morning sunrise in my backyard, Morristown, NJ. 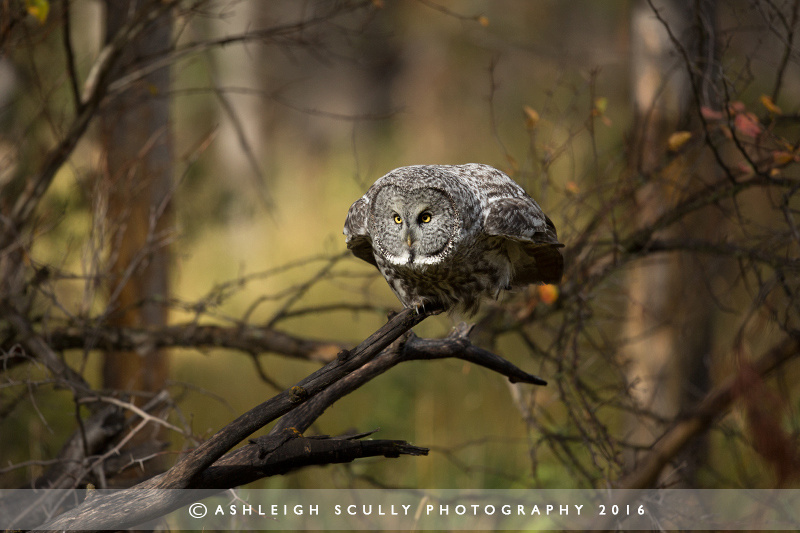 As the autumn leaves fall on an October day in Grand Teton National Park, WY, an adult great gray owl hones in on the sounds of its prey and prepares to launch an attack. 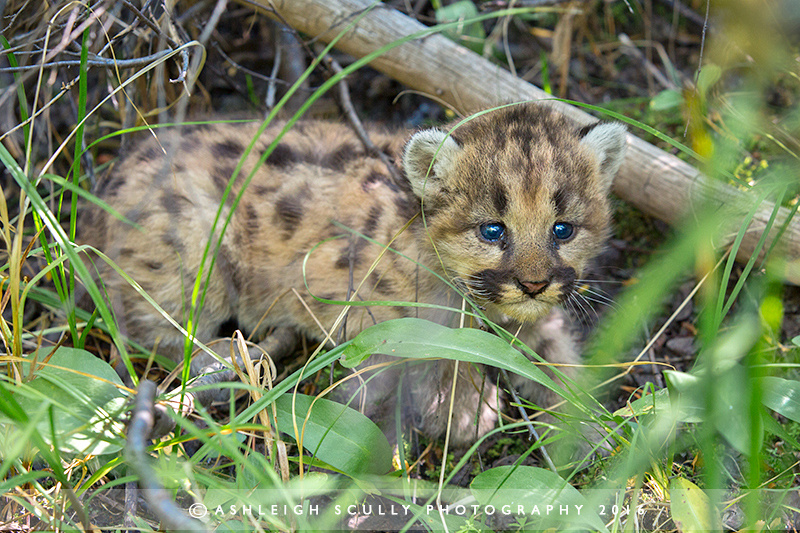 A mountain lion kitten waits patiently for its mother to return to their den site in a dense willow thicket in Wyoming. Despite only taking a handful of quick shots with really low lighting conditions, this experience was by far the highlight of my photography career. Thanks to the generosity of my Facebook followers, I was able to sell copies of this photograph and in turn raised over $3,000 for a WY mountain lion research team to continue their efforts studying this magnificent animal.